116 W. 10th St.
At a time when theater was influential in America, each theater had its own style, the Egyptian Theater captured the imagination of Sioux Falls.
The Egyptian Theater began its life as A.K. Pay's Colonial Theater January 30th, 1915. It was designed by Sioux Falls native Henry J. Schwarz in 1913 as a University of Pennsylvania senior project. The image to the right is c1927.

September 17th, 1926 the Colonial reopened as The Egyptian Theater. The play that night was 7th Heaven, put on by the Pierre Watkin Players under the direction of Roy E. Hilliard.

You can see a hint of the attention to detail used on this lovely building. Notice the intricate detail in the eaves. The four iconic columns seem to beckon to the ancient pharaohs... "Come, kings of old. Come to the lobby... fill up on popcorn and Jujyfruits". 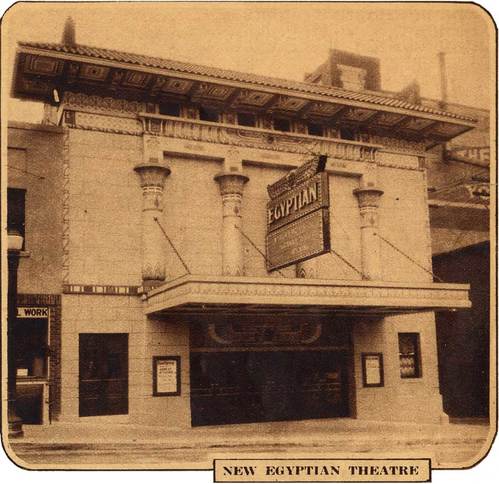 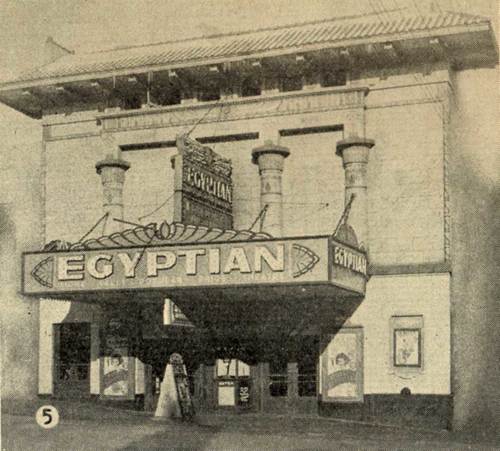 This photo from 1936 shows a bit of a change in the marquee, making the name more prominent, but perhaps lessening the impact of the building's details. The theater business during the depression did well and it was very competitive. A flashy sign could fill more seats. Note also that the sign has a sub-sign underneath the main sign body and there are larger posters on the building and a poster stand on the sidewalk. If you were anywhere near the Egyptian Theater, you knew what was going on there.
Here's the theater in 1956. The new Egyptian Deco marquee designed in 1938 by Minneapolis architect J.J. Liebenberg positively overpowers the building behind it. For sure it's an eye-catcher, but what about those details we so loved in the earlier photos. They now seem an afterthought. 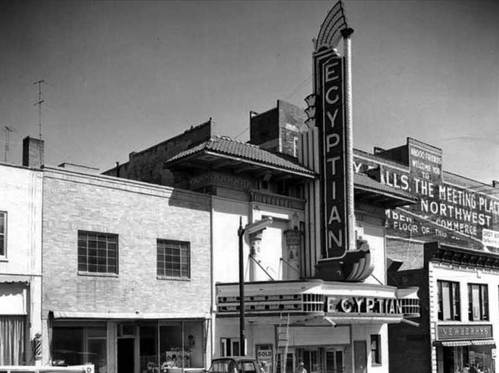 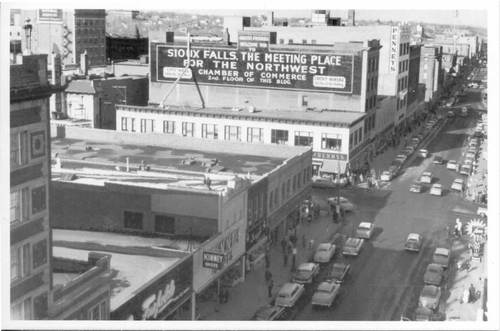 Here's the view from atop the Shriver-Johnson Department store c1950. Look closely on the left and you'll see the Egyptian Theater's glitzy marquee. It's not a great view, but click on the picture to take a closer look.
On April 30th 1961, the last film was shown at the Egyptian Theater. The feature was Billy Wilder's The Apartment. Not a bad last hurrah for this great theater that lasted 46 years.

By 1963 Kenneth Munro was running Egyptian Parking. It was an age before preservation became a buzzword, and parking was in great demand in downtown Sioux Falls. The ramp pictured is not likely what was constructed immediately after the Egyptian theater was torn down, it doesn't even preserve the name Munro used (block 11 ramp just captures the imagination, no?).

Though I was not fortunate enough to exist during its lifetime, I'll do what I can to keep the Egyptian's dream alive. 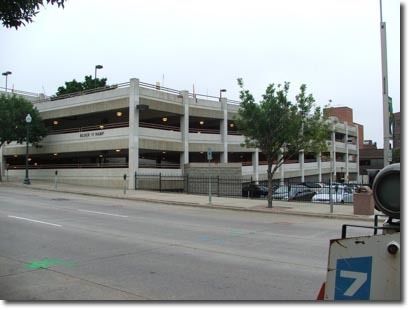 Information on this page was plucked lovingly from:
Building South Dakota: A Historical Survey of the State's Architecture to 1945 by David Erpestad & David Wood
Sioux Falls, South Dakota A Pictorial History by Gary D. Olson and Erik L. Olson
The Argus Leader on microfilm at Siouxland Libraries (please go digital!!!)
1956 picture of theater from Aug 2006 Directions,
put out by Sioux Falls Development Foundation.