DIdn't I just say 11th & Phillips?
The copy says: "Sioux Falls, the largest city in either North or South Dakota, has a population of 33,360. They had no depression here. More building permits were issued in Sioux Falls in 1931 than in any previous year. The meat packing industry set three new records. Manufacturing amounted to 40 million dollars", but I say - this picture is awesome! Just click on the picture below and enjoy! 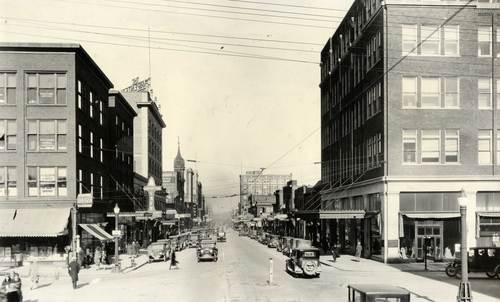 Here we are on Phillips ave, looking north. To the right you see the Shriver-Johnson department store, to the left, the Boyce-Greely building. These buildings still stand today, as does The Citizen's National Bank Building (Center) and the Carpenter Hotel (Left with the roof sign). 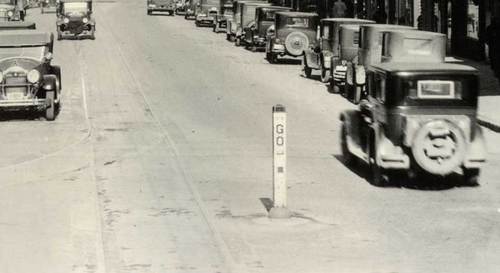 Notice the amazing Stop/Go signs used back in the day. I'm not sure if the sign would pivot to reveal who was supposed to go, or if there was some sort of slider that revealed the Stop part. Please let me know if you are privy to this info. Look in the maxi-mega view to see the other Stop/Go signs down the street.
Check out these businesses along the east side of Phillips. We can see that Billiards were popular, as were flowers, hats (millinery), clothes, and movies! Look closely for Bowling!

The Royal Theatre can be seen, as can the Strand, both on the right-hand side of the road. 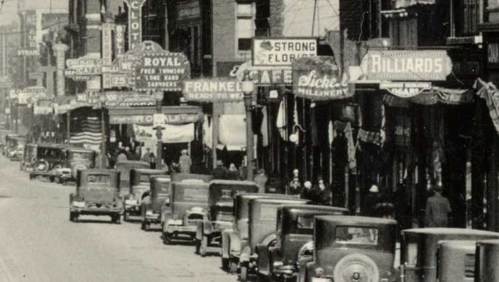 The old Masonic Temple (10th & Phillips), where the Freemasons used to play foosball and control the world. Note how the clock face seems to be flat black, with its Roman Numerals in a lighter tone. The number four on the clock face is depicted as IIII, which isn't incorrect for clock faces (IV is the norm for Roman Numerals).

A beautiful spire, with an ornamental topper, including a metal flag. Not sure if this doubled as a lightning rod or not, but I sure hope so. This location was eventually abandoned for a new location on 10th street. It was replaced by Kresge's five and dime. The sign on the building now says: 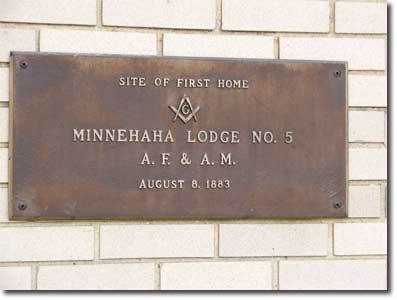 Check out the sign on the ol' Shriver's Johnson Department Store. There's still a sign there today, but it reflects the ousting of Mr. Johnson (see below). 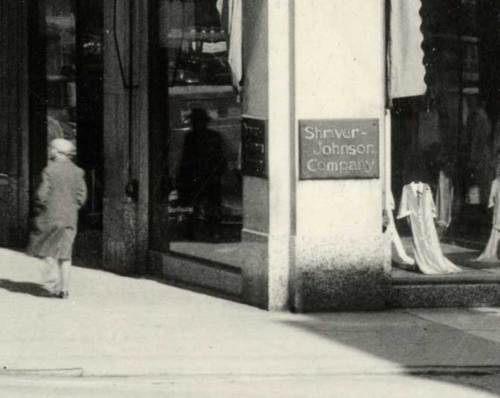 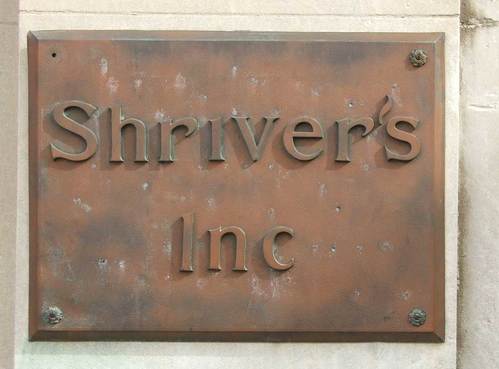 Here's the sign as it looks today... well not TODAY, but these days.

I wonder how long this sign has been on the building. Is it newish, but made to look old? Probably been there since Johnson's name was removed from the charter.

Dig this tangle of crazy wires over the street. This mess was once used to provide power to the Sioux Falls Traction System. The Traction System closed down in 1929, but if you look down the street there is a trolley car on the line. I'm thinking the picture was taken a few years before the caption was written. Come to think of it, the Masonic Temple was gone by 1929, replaced with Kresge's new building.
I hope you've enjoyed this study of 11th & Phillips. Please let me know if there's anything you've noticed that piques your interest.
I can be reached at eric@greetingsfromsiouxfalls.com